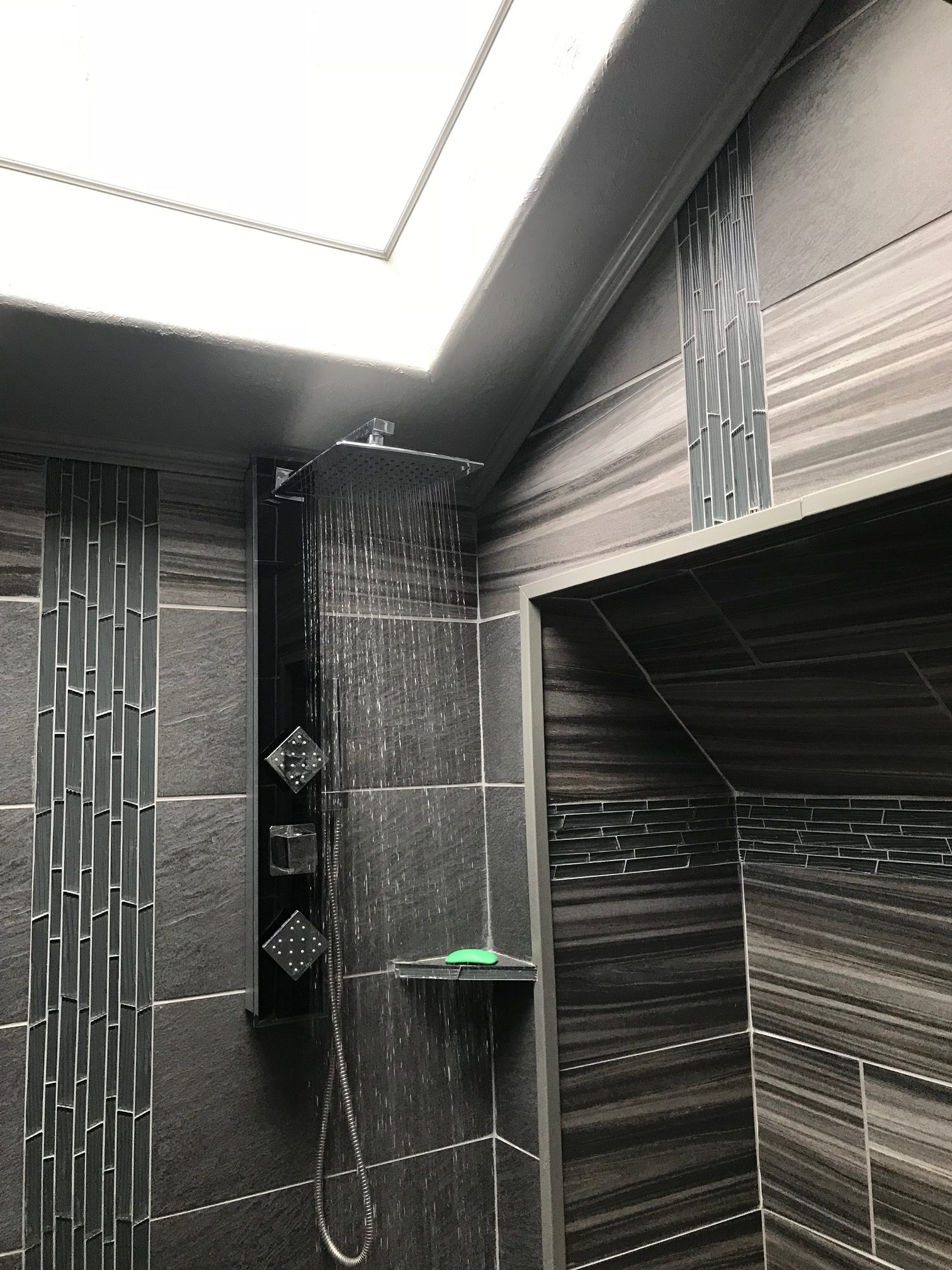 The original shower was built sometime in the 1980’s, had a single wall-mounted shower head and an overhead light. The low ceiling and lack of natural light made the space feel unwelcoming and cramped.

Spear Building Group redesigned the space without altering its footprint. We split the plumbing to add a second shower head. Both shower heads are controlled separately by fixtures that can be reached from outside the shower.

We opened up the space by raising the ceiling and adding a skylight as well as bumping out the wall to accommodate a bench. Now, our clients can relax and enjoy their steam bath while stretching out!